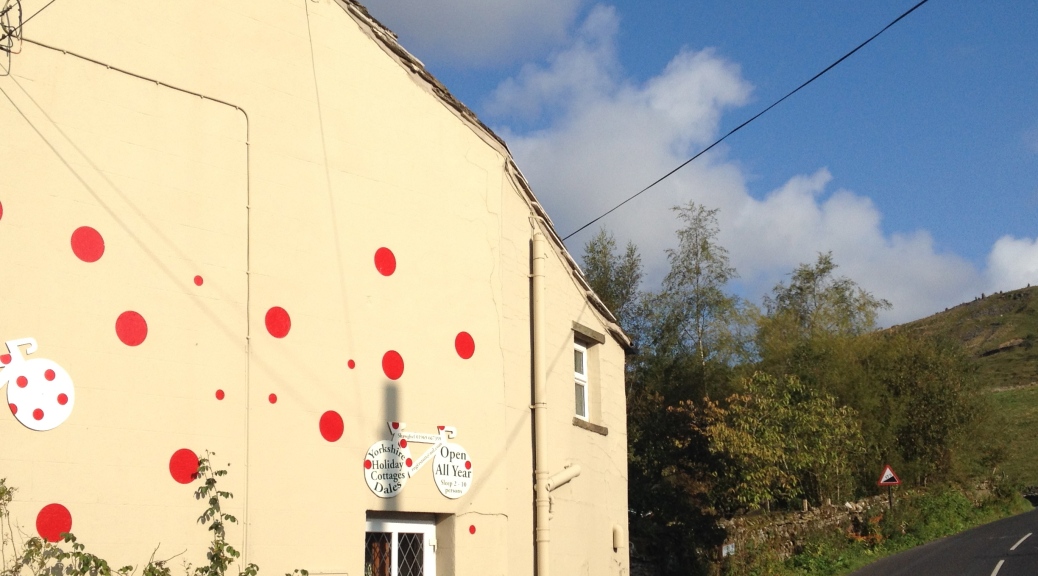 Not much has happened in the 3 weeks since returning from France and the Loire. I’ve joined a cycle club, bought the top, and been out on a few club rides – more to follow on that later.

One thing worthy of a post is my trip to Yorkshire with Neil and Jason.

Met Neil and Jason on the London to Paris and we had been trying for months to sort out a trip to their home county – Yorkshire – home of the TDF Grand Depart.

One thing I learned on my trip along the Loire, is that there are glorious, spectacular, beautiful, intriguing landscapes and places right on my doorstep. That is the absolute brilliance of cycling or touring on a bike… you pedal along, and in doing so, you become a part of the geography around you. In the main, a geography that you wouldn’t, or at least I wouldn’t, probably have ever experienced. Yorkshire is no different – just fantastic. It is another overlooked place that I will definitely be returning to, on a bike, or off. It’s a shame that it takes something like the TDF to advertise a part of your own country – and just being there has made me promise myself I’ll explore more of the UK as well as Europe and beyond in the coming years.

I made my way up on the Friday after work – East Coast trains being surprisingly efficient and good with man and bike. Neil picked me up at Leeds and the 3 of us had a night out in Xscape (a truly mad place) in Castleford. Next morning we drove to Harrogate.

Plan was to ride from Harrogate to Hawes, taking in part of stage 2 of the TDF to Blubberhouses, then cut through through the Yorkshire dales to Grassington – then onto Hawes for our B&B stopover. Grassington, for a lunch stop, was totally mental, and I was beginning to think Yorkshire in general was mental! Beautiful, but mental! We had arrived in Grassington on the one day of the year when the entire village stage a 1940’s day.

It was like walking onto a film set. The entire village embrace this day – I can’t image the money invested in jeeps, costumes, the lot. We were bewildered!! But it was amazing – and definitely going back to spend some more time there sometime. After some classic Yorkshire Fishcake and chips we set out again to get to Hawes. This involved some of the most stunning scenery, and even more ‘stunning’ climbs. all of these roads from now on were part of the TDF Grand depart and on this particular stage for us Kidstone Bank, nearly broke us!!

After this climb it was ‘Largely’ down hill. An interesting night was had in Hawes (25 miles later). We had a few ales in a few pubs, as you do. And settled for dinner in the Crown pub. Very nice it was too. An early night was had, for tomorrow, we climb.

Early start on the Sunday and an amazing breakfast in the B&B. In fact worth mentioning here. Laburnum House was a decent, functional, clean B&B. Reasonable and with the best breakfast I’ve had in years! On leaving Hawes our first climb was the big one, and we were climbing almost immediately out of Hawes. Not before Jason had a clip incident and scratched his new carbon road bike.

So onto the famous climb, highest in the Grand depart, of Buttertubs pass. 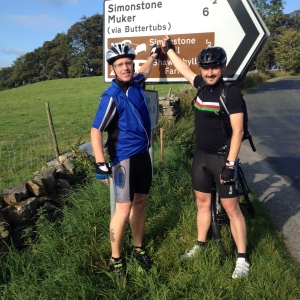 It was hard, and great. And I couldn’t help imagining the thousands of cycling fans lining the route a few months earlier. We were somewhat slower!! we tackled it and then began the best descent I have seen in my short cycling life.

I felt like I was on an alpine descent – It was brilliant. Has to be noted, as it was by Neil and Jason, that I am a shitbag… I go up hills faster than I go down. I will learn. After butter tubs it was a 10 mile ride through the Dale to Grinton Moor. We spent much of that following, riding with, then following an 80 year old local man on his bike. When we got to the bottom of Grinton Moor, he blew us off, in easy style – a true legend I reckon, and I hope I am like that in 40 years. It was his second time round the 3 climbs that morning!!

After Grinton we had a long descent back to Harrogate. An awesome 2 days – and one I would advise anyone.