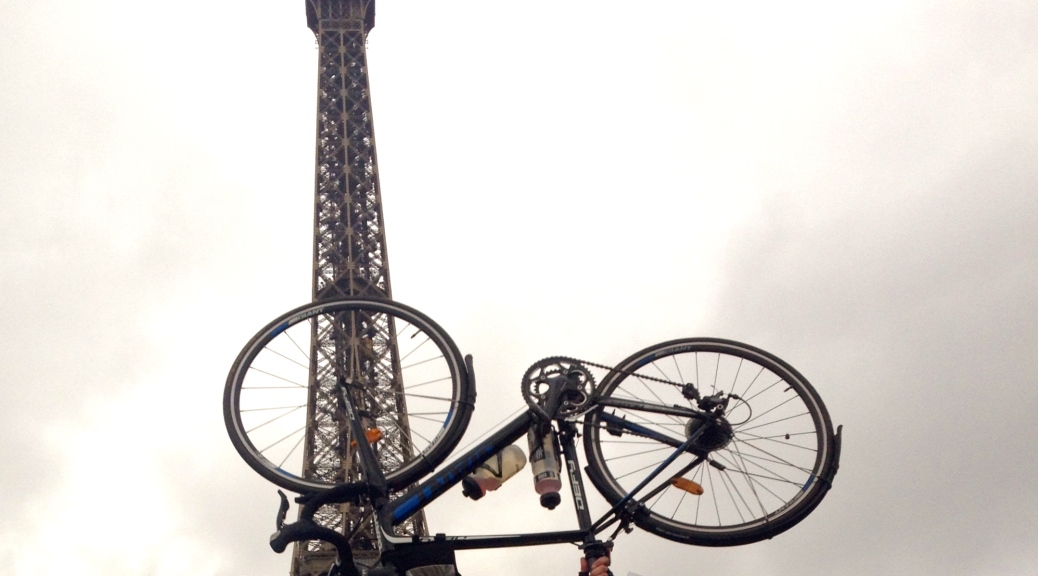 This is a blog about me, about bicycles, and hopefully, in the main part, about journeys…some on a bike. Feel free to tune out now!! Already it sounds incredibly boring, and I dare say will be, but who knows!

I’m viewing this as a means to document stuff I do, and in particular  journeys I’ve been on, or am planning to go on, since I became infected with my most recent mid-life crisis (read…crisis). Namely,  lycra, strava (!) and an obsession with bicycles  – though perhaps not in that order. Wine should also get a huge mention, and I dare say will as it may well be the fuel for a lot of these posts!

It’s fair to say many middle aged men have taken to the awful lycra and long rides on Sunday mornings of late – and until late, I have looked at them and mocked. I still do! In my mind I am not them, not middle aged, and even if I was, I am far far cooler. Reality is… I am them!! I’ve heard that company directors now hit the pavé rather than the fairway, and that may well be true… weird, but true! In saying that, I did dabble with golf a couple of years ago…but was truly shit!! Suffice to say I never ‘hit the fairway’…ever! Oh…and I’m not a company director!

So, this is about me, revolving around bikes and me, and about how I think rediscovering the bicycle has changed, or at the very least, is changing the way I am, the way I feel (which is fitter than I ever have been) and the way I go about things. For “things” read…life.

This is about the way I go about life now. I think I’ve lived a fair bit. I’ve been low. I’ve been high. I’ve been given things to help my low’s. I’ve taken things to bring me highs.

But as of now…I’ve discovered the humble bicycle appears to do both.