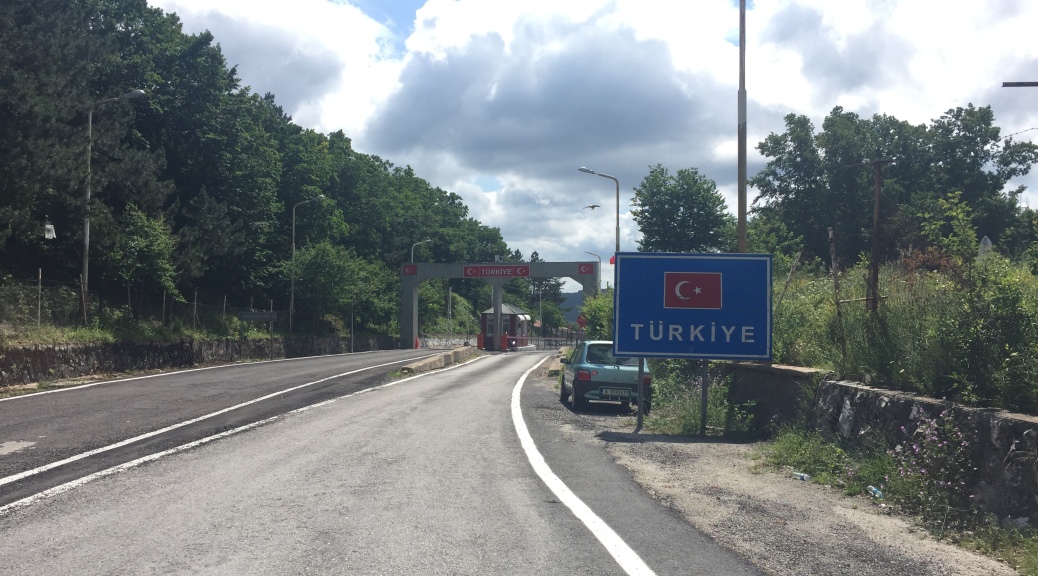 Today started to some degree under a cloud of foreboding. Today would be the biggest day in terms of climbing on the bike, and would take us into Turkey. Foreboding, why? Dogs… We could just about manage to outrun the vicious killers on the flat, but were both nervous about a ‘Massive dog attack’ (name of a forethcoming album – including the hits ‘(not) Safe from Harm’, ‘Protection (from dogs), ‘man next door (has a big dog)’ ‘Unfinished Sympathy (after dog mawling)’… You get the picture, and yes, we have been working on this). Back to the nervousness – truth is we were.

Straight from the off we were climbing and to be honest would be for around 80% of the day. The scenery was stunning – the roads were not (a common theme on this trip). 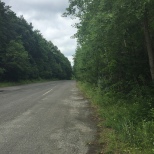 The climbing was relentless, made particularly hard by our weight… After around 15 miles of climbing we came across a new, for our journey, petrol station. Strange choice of name.

We decided to buck the trend of getting a can of coke there and pressed on. The road continued to rise to about 400 metres and then descended all the way back to 60m. We knew we had to get up to 700m so the descent in this case was particularly unwelcome.

The further we got into the hills the more spectacular the scenery became, and the iinfluence of the sea was well and truly gone. large mountains loomed and whilst beautiful, did , shall we say, perplex me! Some more shots. 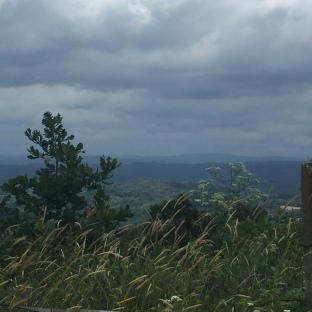 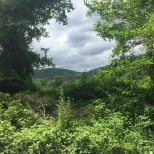 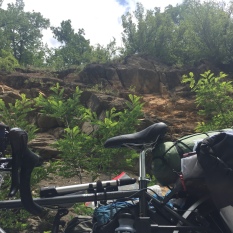 Don’t ask what the weird stone artworks are – we have no idea. We’re thinking pictures of the forefounding fathers of Bulgaria – but is truly anyones guess.

We climbed (a theme here), for around another 2 hours and made it to the Bulgarian mountain town of Malko Tarnavo – I was worried about dogs, as this would have been a classic place for an ambush, however my fears were replaced by elation when Matt noticed our first sign for Istanbul.

It’s the top word here. Matt, haven’t mentioned this before, can read cyrillic, useful for proper nouns – and has been a real saviour on many occasions in Bulgaria.

After passing through Malko T, we climbed some more util around 1km from the border where we stopped at a claassic Lukoil petrol station for some Coke and chocolate. We were joined by a coach load of Polish holiday makers on their way to some Turkey sun – and were the first Norther Europeans we had seen in weeks. Was really refreshing to chat away to them, in English.

Refreshed we pedalled on to the border, expecting a ‘grilling’, it was a doddle.

A few things changed almost immediately. 1. The road surface became perfect – thannk you Turkey. 2. We were descending. For the next 25 miles we descended into Turkey on smooth, mainly empty dual carriage way roads. A real blessing after the previous 40 miles.

Our stop tonight is a fairly nondescript business class hotel in the town of Kirkareli – cycling through it, and experiencing the Call to prayer over and over, really made us feel we had travelled far – you’re a long way from Kansas now Dorothy.

2 more days to Istanbul. We learned today of another bombing there – not more than 500 metres from our hotel. But we will deal with that, as we have the hills, and the dogs. Time now for a kebab – YES!!