Day 7 was a tough day. And a transition day. Not least because we said goodbye to Luca, but also geographically, and economically. Today we hit the Carpathians, and as I said yesterday, that has had a proud effect on the topology of the journey. We had hills, and the Danube had a gorge.

Quite honestly it was stunning. 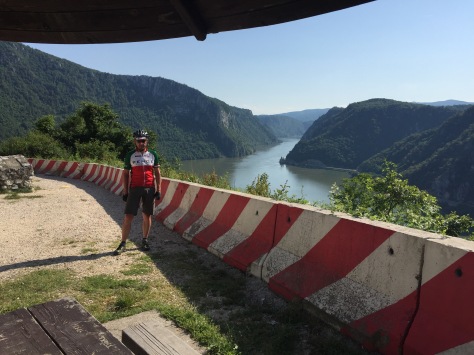 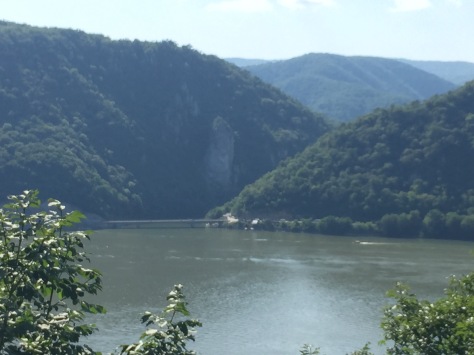 And very reminiscent of the river in Bavaria, though far more astonishing. Who knew Serbia/Romania had this sort of scenery… I suspect they don’t even themselves, or at least have other priorities. It was Sat afternoon when we cycled through the Iron Gates and there wasn’t another person there.

The destination on day 7 was Dobreta Turnu Severin, in Romania, and after the iron gates the main mission was to make it to the dam which provides electricity for a chunk of Serbia and also provides the border crossing across the river. 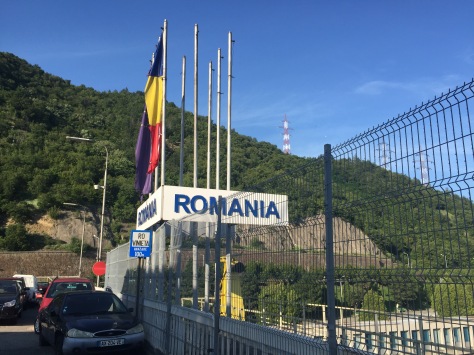 First thoughts of Romania… More developed then Serbia, busier, but less crazy drivers. Most importantly, they use the Roman alphabet and a large slice of Latin – so I could not only read the words, but have some understanding of meaning. Refreshing after 4 days of Cyrillic.

It was a long day in the saddle, and lost another hour in time zones so didn’t get into the town until 20:30. As a result I don’t have any pictures of the town. It looked, and felt a nice place – definitely proud of its European status, with Romanian and EU flags all along the central boulevard. The hotel was pretty good, clean and had a nice beer garden. We showered, headed down for a beer and some pasta. Accompanied by banging euro house from 1995 – with a side of Cher – which continued as a an accompianment to breakfast.

Day 8. 65 miles to Bulgaria. Wasn’t supposed to be though. We decided to continue with the whole cheap hotel thing last night and I used booking.com to fix us a hotel in Calafat – sadly I accidentally booked us into one across the river, which happens to be in a different country – realised this morning and went along with it anyway.

So to country number 5 we pedalled. In cycling terms a pretty solid day – we made good time and speed – although the shortcut on main roads made for a less than relaxing ride. We cycled 65 miles with trucks thundering by 5cm away, at least it felt that way. On the pic below – out cycling area was the 59cm inside the white line. 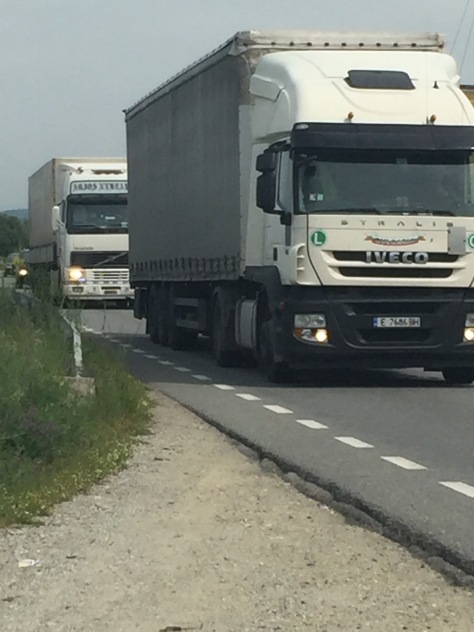 Again, pretty poor on the picture front here – as having both hands on the bars was quite necessary. Some pics of the 2 days here. 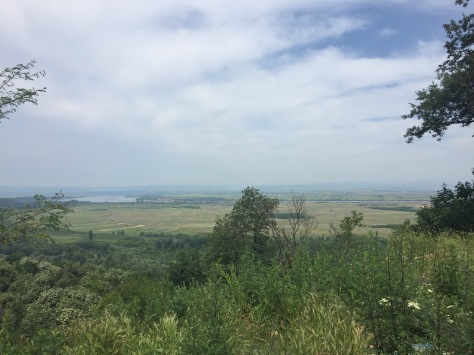 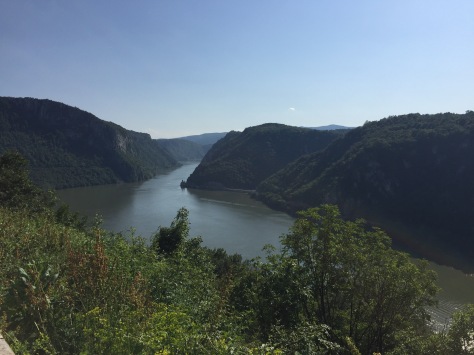