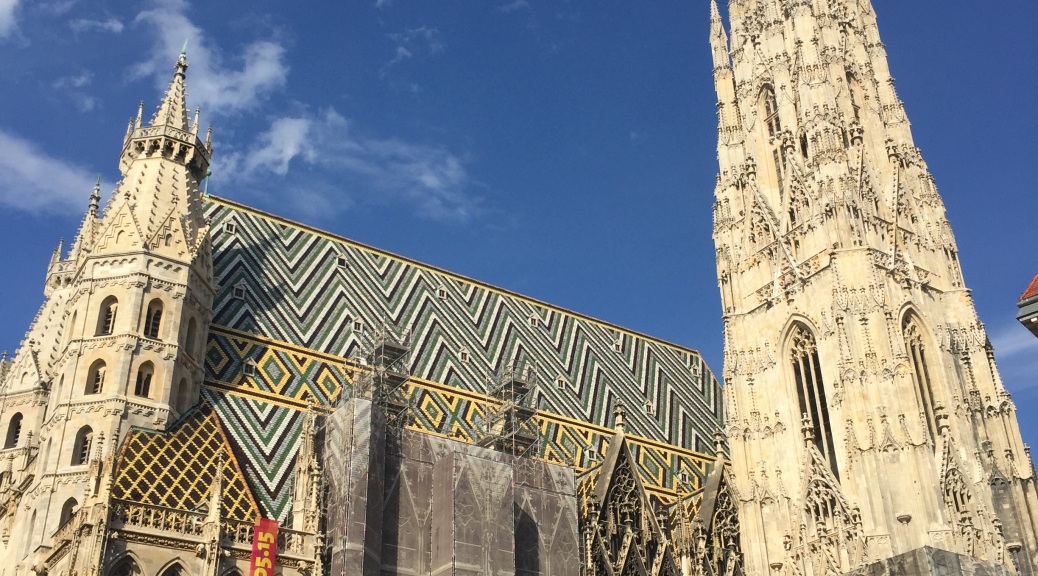 In terms of cycling, yesterday was a fairly dull day. Was a tough 57 miles in baking heat, mainly along the banks of the Danube in an almost straight line East to Tulnn (where we had breakfast) and then South to Vienna.

The day was a particular slog for me, and all about survivng to Vienna. Why? Because I had had no sleep at all. We had dinner in Krems the previous eveing and went to be straight after – all good so far. Then I awoke around 1 am with a scratching noise coming from somewhere outside my tent, I was thinking it might be the campsite cat, and hit the tent walls to warn it off. The noise went and I went back to a sort of sleep. Then at 3 am I awoke again and it was back – but louder and more sort of, in, my tent. Jumped up and put the torch on but couldn’t see anything and it had appeared to have stopped. But by this time I was getting stressed. Anyone that knows me will no I’m a mentalist, and my mind canrun ahead, and I was convinced it was a snake. So I got up and went over to the campsite eating area and sat there for about an hour before the need for sleep overrode the fear, and I went back to tent. No noise and nothing in the tent, so went back to a fitfull sleep. At 5 it started again, except this time I could actually see the groundsheet of the tent moving – there was definitely a creature under the tent. Enough was enough… Decided to raise Matt for back up and deal with it.

We decided the best course of action was to unpeg the tent and ‘whip’ it away revealing whatever it was… Nothing there, until closer inspection revealed several, relatively large holes, obscured by the longish grass whilst pitching the tent. Also some trails in the grass. Will never know what lives down there, which must have been angry that an unwitting, heavy Scotsman, had pitched his home on top of its – I think most likely a mouse, but could easily have been a snake. Either way, no sleep was had!

As a result of this we left the campsite incredibly early and made good time to Tulnn for lunch. On our way we encountered a snake, slithering across the cycle path, which in some way justified my night long fear! Tulnn was lovely – yet another place worth visiting again. It has won the title of Danube Garden City many times, and I thiknk we probably only saw a fraction of what it has to offer. 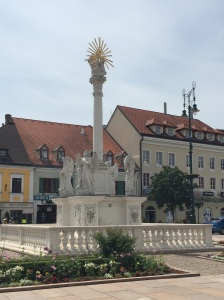 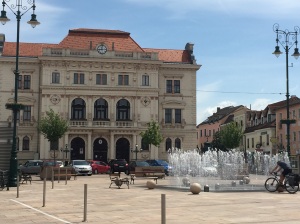 After brunch we reluctantly got back in the saddle, it was abslolutely baking hot and still only 11 in the morning. We knew the next 30 miles were going to be tough… They were.

After about an hour and a half cycling we could see Vienna in the distance, which I think spurred us on for the next hour.

Got to the hotel around 15:00 and planned. The hotel has only just been built, and is clean, funky, new and very reasonable. Madde a plan to ditch our stuff, wash oursleves, and some clothes, then head off into Vienna to explore. First real chance to be a normal tourist. Vienna is lovely, and again (there’s a theme here), would love to come back for longer. After walking around, takinng in some of the usual tourist things, we, with budget in mind, got a takeaway chinese and sat by the Danube canal with that and a nice bottle of 3 Euro red – lovely. Here is some of Vienna. 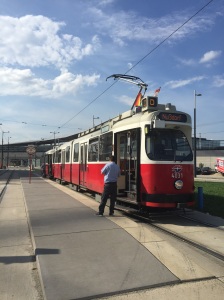 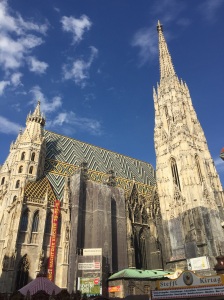 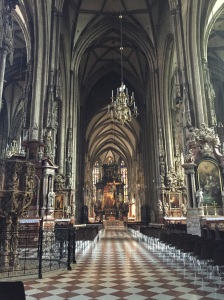 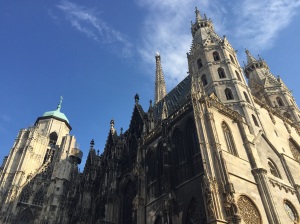 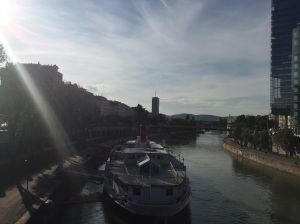 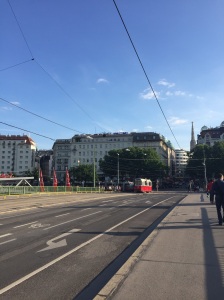 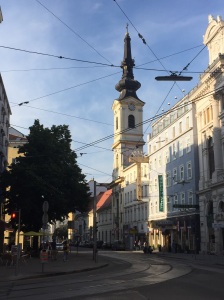 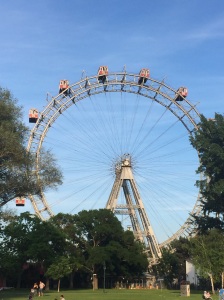 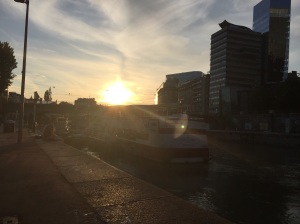 Today I leave Austria, and head for Slovakia. My 5th country, and the first non German speaking country in a long while. Bratislava is our detination for this eve – very much looking forward to that. Not so much the cycling in the heat again. Cheers.

One thought on “Burgundy to Budapest. Day 16. Krems to Vienna”