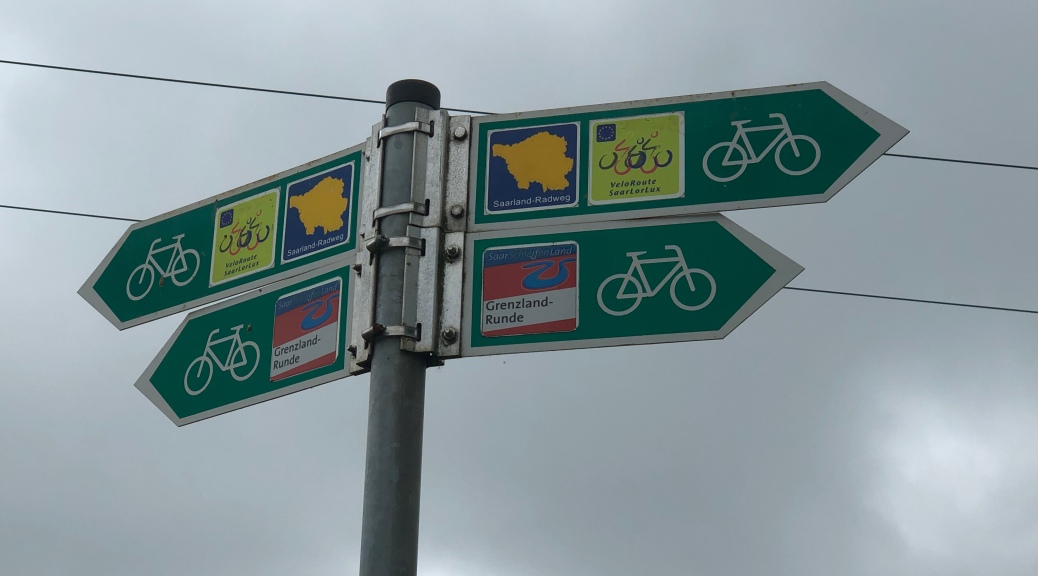 Day 3 (Luxembourg – should have been somewhere else miserable)

Yesterday was relatively horrific again. Our aim was to catch up and get to a campsite in France just North West of Luxembourg. The day started OK in Mons – but to be honest was raining, miserable and to be honest just not very enjoyable. 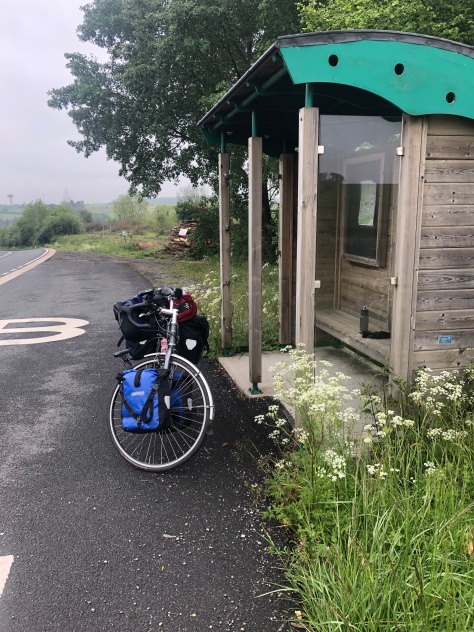 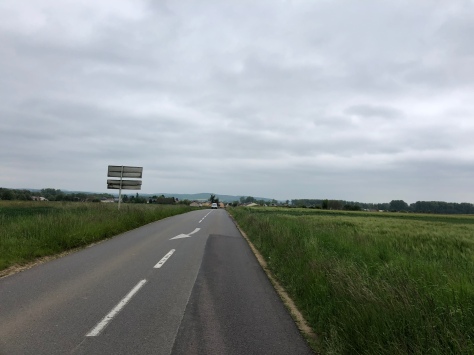 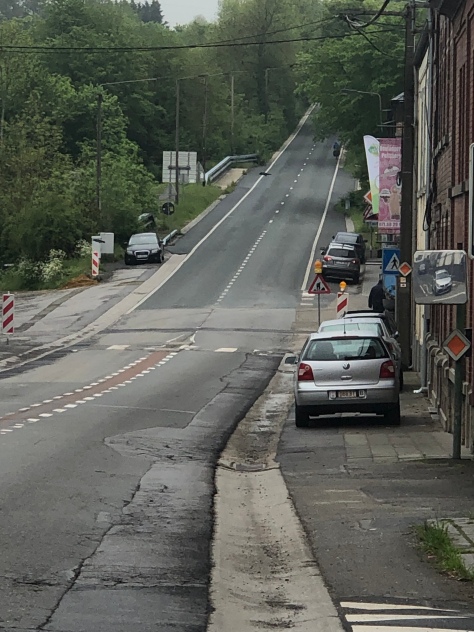 And the Ardennes did not disappoint in terms of rolling hills. Neither did the weather. And then the punctures – I had 3.

By the time we got 30 of miles in we were soaked and despairing again. Then on the outskirts of a town called Phillipeville we nearly got killed by a truck carrying logs (big truck, big logs), careering across the reservation on the road we were on and forcing us to swerve into oncoming traffic. Not good. The fact he then took the hump with our response was ridiculous. Nobody (Mum, Paula, or anyone) panic here – we are experienced and were fine – but we were enraged and in the end enough was enough. So we did this…..again 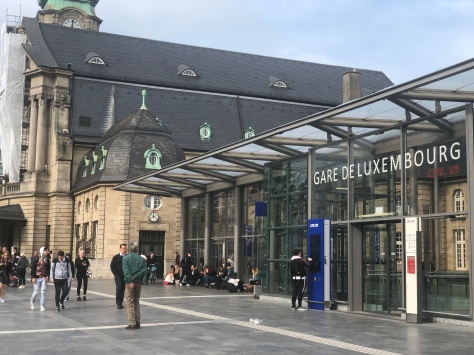 And before we knew it, after 3 trains, we were in Luxembourg. As we got out the station the sun was shining and we were, for once, happy.

I’m not going to labour the point here – but I have gone right off Belgium. The place is lost in time. Uninspiring. Windy. Miserable…. and I’m beginning to think its like that come rain or shine. Sorry folks. So I will leave yesterday at that. Not fun. But ended well.

Day 4: Luxembourg to Roth (Via a lot of Germany, then France, then Germany, Not Belgium)

Today was brilliant. For so many reasons. We rode the whole way – no trains. The roads, bike paths and geography were brilliant. It wasn’t Belgium. 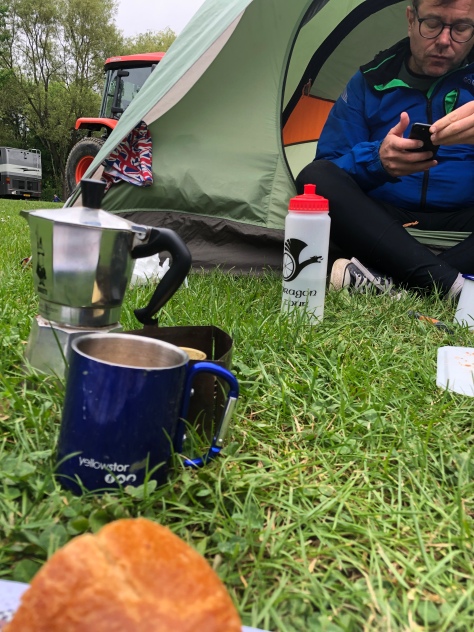 The day started at the campsite in Luxembourg. And for the first time ever we brewed our own coffee. Fantastic. For ever as we ride Lamby gets pissed off at me stopping for coffee…est Voila.

Equally brilliant, the contrast between Lamby’s state of preparedness and mine.

We didn’t get off to the earliest of starts. But when we did, it was dry, and we made great progress. Quickly passing though what was left of Luxembourg (about 5 miles) and into France. 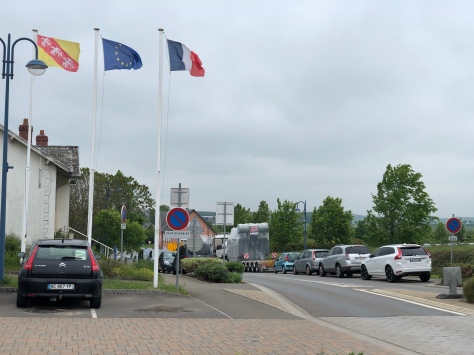 The first few mile in France involved riding on this road:

We are assuming that in 1944 the Americans and the Brits manoeuvred along this road to liberate this part of France and Luxembourg – sobering. But also liberating. Cue more EU sorrow from me….

We made great time and were relatively quickly on the Moselle river. It was awesome. Immediately onto a riverside path that ran and ran and ran – thank you France. We needed this… so so badly. 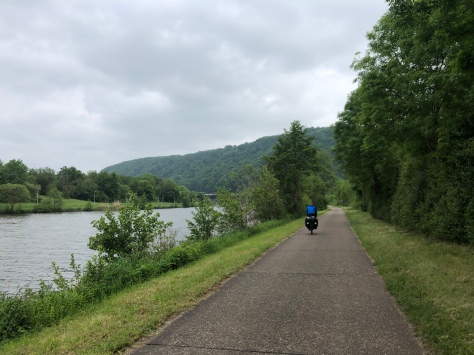 This is what we need. After around 20 miles we had to climb out of the Moselle valley and cross over to the Saar. Involved some half decent climbs – but was beautiful and beautifully hard. 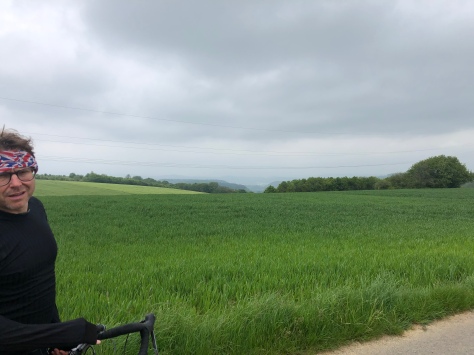 At the top of a pretty good climb through a valley we cam out on a plateau above both rivers. And before we knew it we were in Germany. And it didn’t disappoint. The best made, quite roads ever… We were smiling, we were riding and it was bloody brilliant. Unawares (I planned this route but had no idea), we were now on the Saarland-Radweg (SaarLorLux velo route). It was truly excellent. And would take us all the way to Sarreguemine on the Saar. 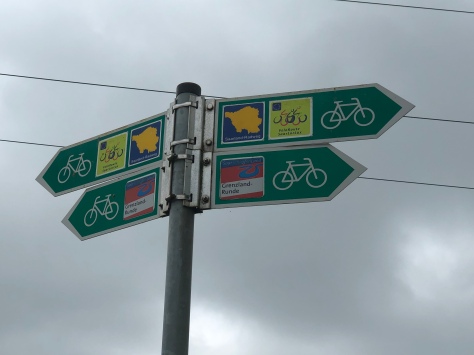 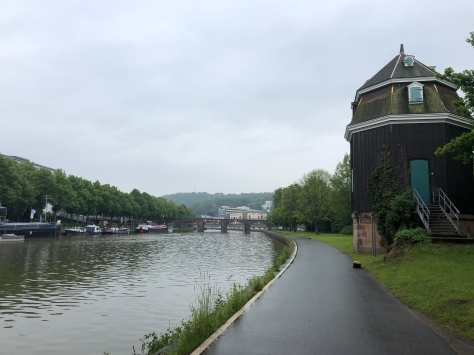 I didn’t take many of the massively industrialised Saar. Especially around Saarsbrucken. May have ruined the river. But the path prevailed and we made amazing time. 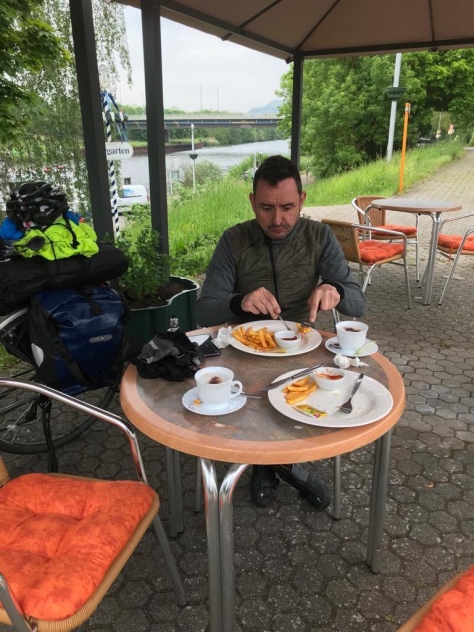 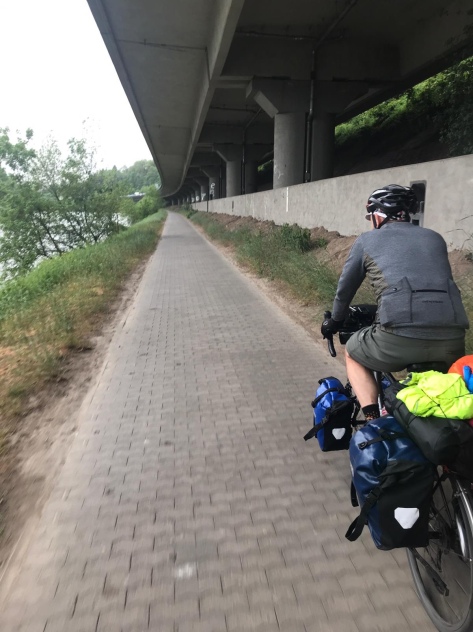 We made it to the campsite early – well 6 ish. And I can tell you I am overjoyed at having ridden the whole way today. It was raining when we got here and a certain level of carnage broke out. Lamby was miserable. More rain. I understood. But the day was excellent.

I;m too knackered to get into the exact way we set up camp. It looked like this.

Finally, once settled. We rode back into town to a Pizza place. It was alright – but the highlight was the loo. Weirdest taps ever. I’ll leave this blog with the text I received from the lamb whilst he was in there:

Ciao. Oh, and we’re back on the road…