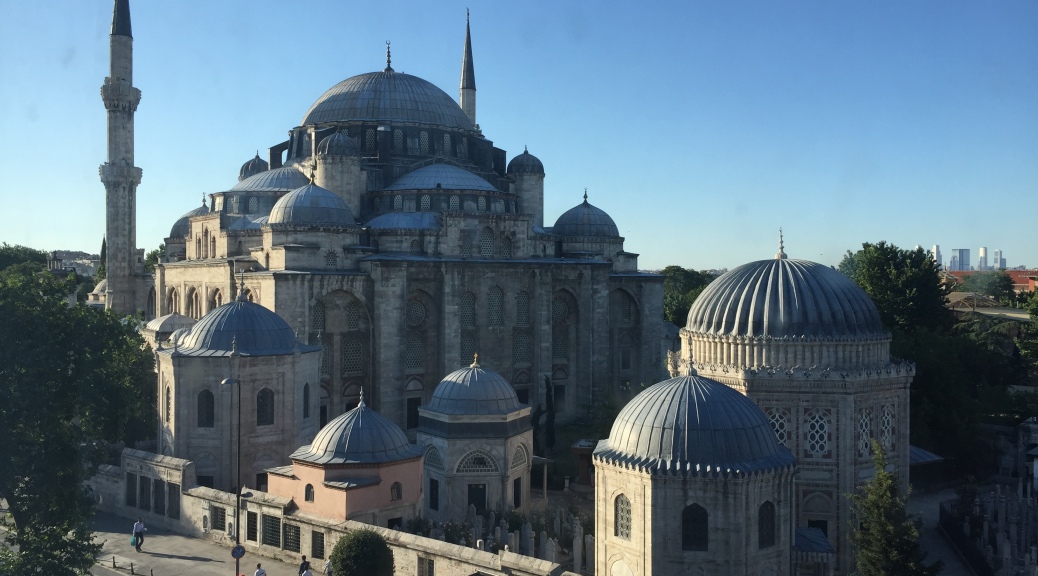 Today’s ride promised to be tough. 75 miles, 4,000ft of climbing, maniac drivers, on incredibly busy roads. It also promised to be amazing, the last pedal on a plan I came up with 3 years ago, to cycle across europe from the Atlantic at the mouth of the Loire, to the Black Sea. It was all of those thinngs. In fact I’ve gone further, as the original plan was to make it to the Danube delta in Constanta, Romania. Istanbul, and the edge of Asia came later. I am chuffed. I’ve not done the final calculations, but estimate I’ve cycled around 3,500 Miles over 50 days, with some rest days in there too. Remarkable, considering where I was 3 years ago. I’m hurting now, but there’s no doubt riding a bike is the best thing I’ve done with my life in a very long time.

We set off early yesterday and headed south. Plan was to get to the Sea of Marmaran then make our way along the coast. And, at least for that part of the ride, the conditions were perfect. Tailwind, quite roads, decent hard shoulder surface. We made amazing time and in an hour or so caught our first sight of the sea.

Things were going well… And then they weren’t. Matt’s rear gear cable snapped. I had, being obsessively organised, brought spare cables – phew. Alas, neither of us had the correct tool to get in and fix it. Bad times, and tensions immediately rising. We had to just leave his gear, sadly in the highest (hardest) cog – leaving Matt with 2 gears , using the front mech to change between big and small ring at the front. The upshot of this, would make hills almost impossible for him.

We pressed on and joined the main D100 road to Istanbul – it was awful. Easily the busiest, craziest and, with no shoulder, the most dangerous road of the trip. I had read somewhere that it was possible to get off this road at Silivri and pick our way through less busy coastal roads, so we ground out the 11km and got off the D100 there.

Fair play to Matt for sticking with it, as it was hilly, and we now had a headwind – he was standing on the pedals almost 100% of the time. Unfortunately, his mood was dropping, and inevitably he took it out on me. Deciding the safer roads were adding too much distance – this just wasn’t true, and was actually just another example of us ‘rolling’ differently. He just wanted to get there, whereas I wanted to enjoy my final pedal. A massive argument ensued , resulting it Matt suggesting he would get a taxi, or a train. Which I would have been quite happy with. Instead, I compromised and said we could ride on the main road, if there was a hard shoulder available.

We slogged on for the next 2 hours in silence. Passing some amazing scenery before I stopped for some refuelling. 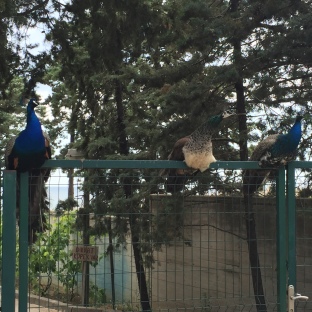 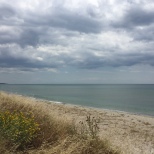 Matt being stubborn, wouldn’t eat, and so we sat in silence on a kerb, in a village whilst I ate. We pressed on… I’d just about had enough of it and when we stopped in a petrol station 5 miles down the road, so Matt could eat, I suggested some sort of bodge on his bike – at least to jam the ger in a lower (easier) cog so the hills would be easier and the pedalling in general. With the use of wire ties, I managed to jam his rear ger in second from bottom.

It worked, and Matt’s mood immediately immproved, thank God. An apology was accepted and, with a renewed enthusiasm, we pedalled into the final asault on Istanbul.

The last 20 miles were crazy, main roads, the worst driving of all time. I was literally scared for my life. If Matt is honest, I thnk we both were. Some of the views as we climbed, and descended hill after hill were just incredible, and I wish I could have stopped to take it all in. And take better pictures.

After 8 hours on the road we made it to Istanbuls Ataturk airport and the Bosphorus. The end was in sight.

I don’t have much to say on the last 10 miles. It was a slog, we were empty in every way. The roads were absolutely abhorent. We got our heads down and ground it out to the hotel.

Not the triumphant entry to Istanbul and the end of this Journey, and too done in to even get to the Blue Mosque and take the obligatory Davey/Bike shot. Nonetheless I am exceptionnaly happy with my effort. In fact, more so than any of the others, as this was far far harder for many many reasons.

Looking forward to rouding this all up, for my sake, when I get back.

Some pictures of today. 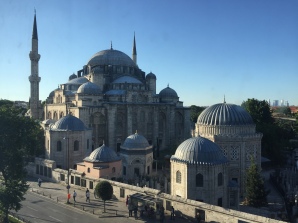