Day 13 would be a landmark day for me. I would make it to the Black Sea, completing a journey, of 3 parts, from the Atlantic Ocean to the Black Sea in 43 days of cycling. From here we’ll travel to Istanbul. Completing this journey with one wheel in Asia.

Day 13 was also remarkable in that it was easily the toughest 85 miles I’ve ever cycled.

We started the day in Shumen and set off early on preparation for some decent hills and one pass we knew were coming. We made decent time for the first 20 miles passing through a huge flatland on a bowl surrounded by mountains: 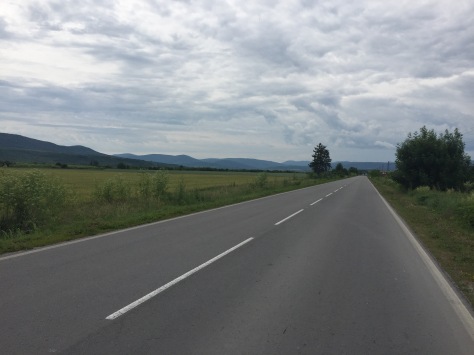 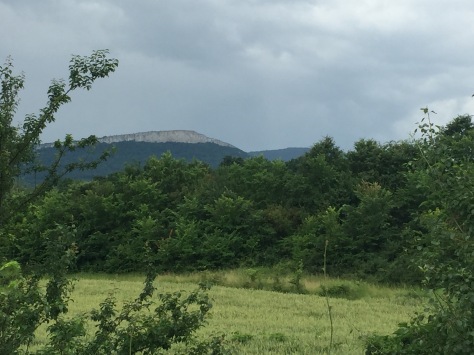 Eventually we would reach the climbs, and at the start were pretty easy, climbing into heavily wooded hills with small gradients. The scenery was spectacular, but the weather changing rapidly. The next 15 miles took nearly 2.5 hours as the gradients steepened And the heavens opened. 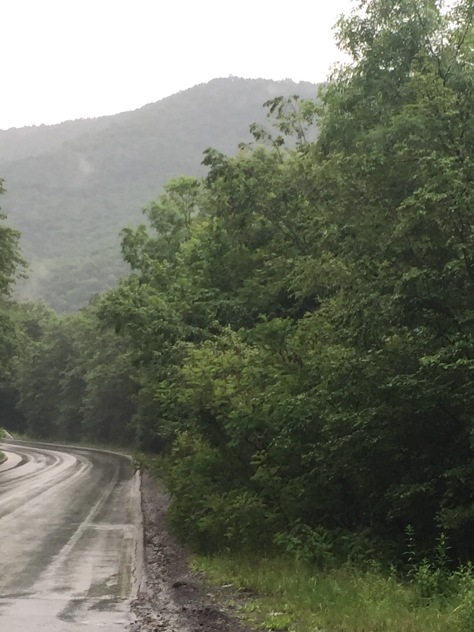 It was torrential. And virtual darkness surrounded us as lighting flash, and booming thunder appeared all around us. Quite terrifying. The roads, still populated by thundering trucks had been changed into rivers and our ascent and subsequent descent were taken at crawling pace.

The whole experience was absolutely horrific and exhilarating in equal measure.

Once we got out of the big hills we still had 45 miles to cover – wrongly thinking the riding along the foothills and valley floors would be easy. Instead we took the next 20 miles on an unfinished road. Literally sand and gravel – just awful and again our progress slowed… 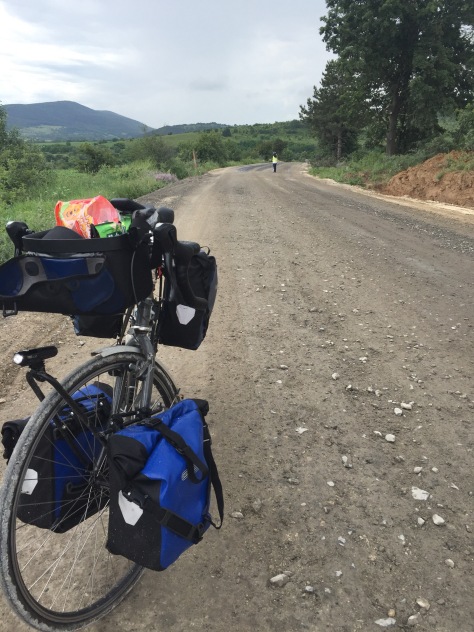 Finally we made it back to something approaching roads and stopped for our obligatory petrol station rest.

The scenery, changing now, had turned into hills, rolling towards the sea we guessed and our destination. Another thing changing was the apparent religion of the area as we started hearing the call to prayer in each little village we travelled through. Clearly, and unsurprisingly, there is a large ethnically Turkish population in this part of Bulgaria.

By around the 70 mile mark we were knackered, driven over the shoulder of each hill by adrenalin and sheer grit to get to the sea. Also driven by an increasing amount of vicious dogs literally attacking us in village after village!! The last things we needed – they run fast and after the day we had had, dropping through the gears and sprinting was incredibly tough!!

Our first sight of the sea. 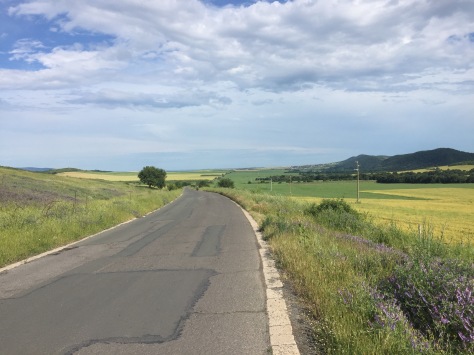 We made it to Sunny Beach around 7 – totally whacked!! My pride at my achievement landmark somewhat muted by Sunny Beach itself – the Benidorm of the Black Sea. An awful, awful place!! We’re going to rest a day here – sadly. Then press on to Istanbul. 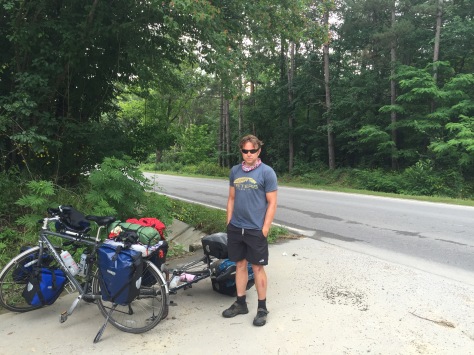 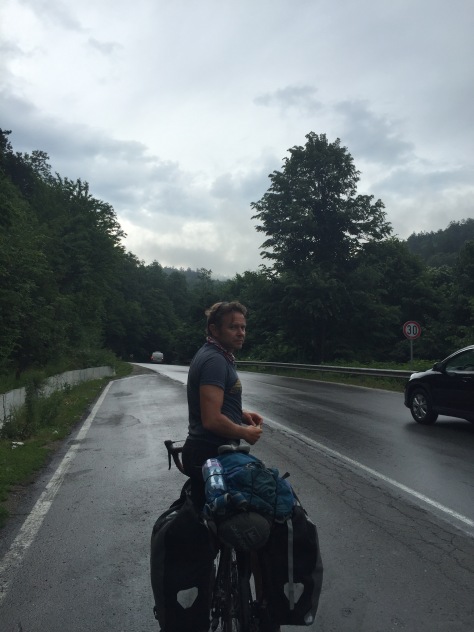 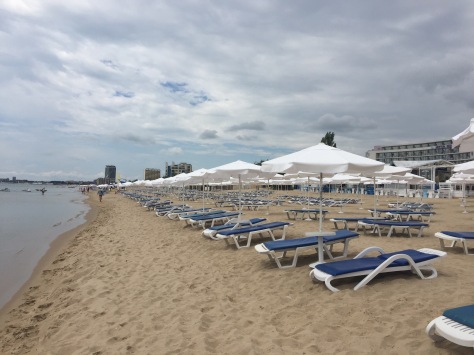 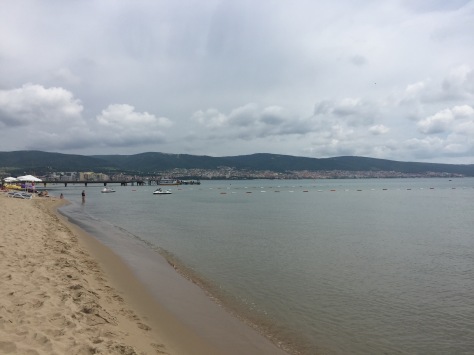